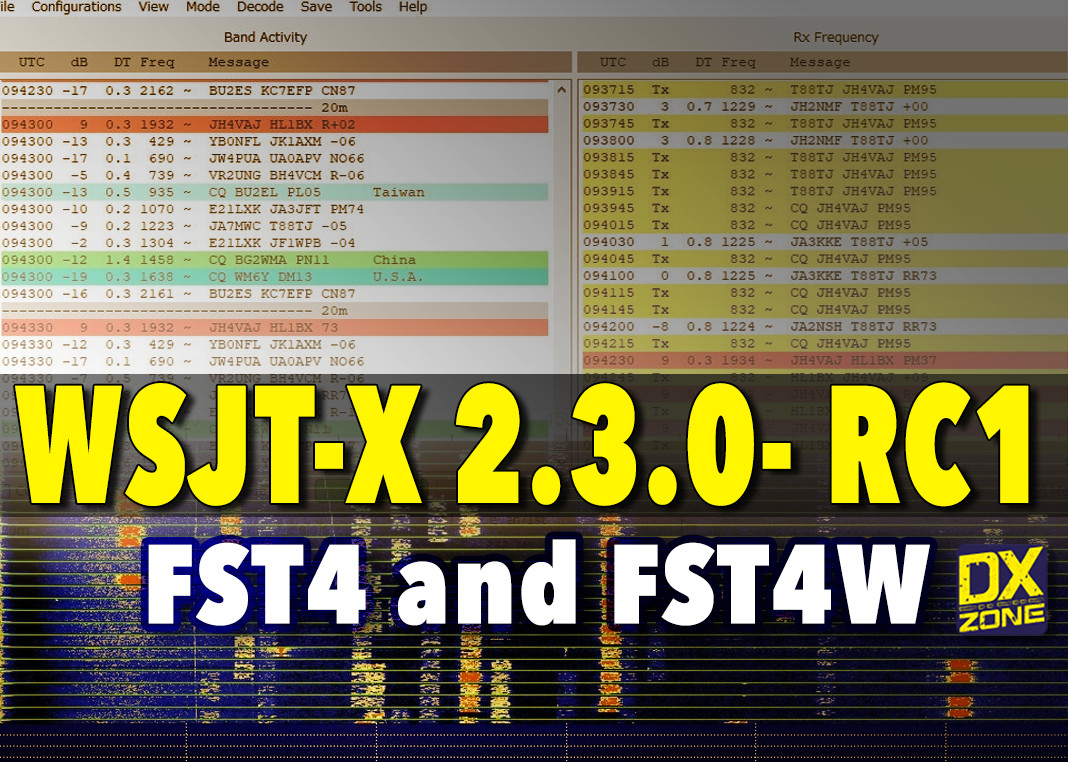 The latest beta release of the WSJT-X digital software suite includes digital protocols particularly designed for communication on LF and MF bands, such as 2200 meters and 630 meters, and its developers say that during its first few months of testing, contacts have spanned intercontinental paths “many times” on those bands. New protocols FST4 and FST4W are included in WSJT-X version 2.3.0-rc1 (release candidate 1). FST4 is for two-way contacts, while FST4W is for “quasi-beacon” style WSPR transmissions. Both modes offer a range of options for T/R-sequence lengths and threshold decoding sensitivities extending well into the –40 dB range, developers said.

“On these bands, their fundamental sensitivities are better than other WSJT-X modes with the same sequence lengths, approaching the theoretical limits for their rates of information throughput,” the WSJT-X development team said in releasing version 2.3.0-rc1. The developers said, “FST4 and FST4W do not require the strict, independent time-synchronization and phase-locking of modes like EbNaut,” a protocol for VLF and LF communication.

The WSJT-X development team said operators familiar with the software suite will find using FST4 and FST4W straightforward. “Most on-screen controls, auto-sequencing, and other features behave as in other modes,” the developers said. “Operating conventions on the LF and MF bands make it useful to have additional user controls to set the active frequency range used by the decoder.”

Message payloads contain either 77 bits — as in FT4, FT8, and MSK144 — or 50 bits for the WSPR-like messages of FST4W. Message formats displayed to the user are like those in the other 77-bit and 50-bit modes in WSJT-X. Forward error correction uses a low-density parity check (LDPC) code with 240 information and parity bits. Transmissions consist of 160 symbols: 120 information-carrying symbols of two bits each, interspersed with five groups of eight predefined synchronization symbols.

Threshold sensitivity (SNR in a 2500 Hz bandwidth, yielding a 50% probability of decode) was measured for each sub-mode using simulations over the additive white Gaussian noise (AWGN) channel. As with other recently developed modes in WSJT-X, a feature called a priori (AP) decoding can improve sensitivity by several additional decibels as information is accumulated during a standard minimal contact or FST4W operating session.

“Keep in mind that these are very narrow-band modes; achieving the sensitivities listed in the table requires that oscillator drifts and path-induced Doppler shifts must be less than the tone spacing, over the full sequence length,” the developers said.